This controversy which merely started with Danny Young stating his disappointment in Tiwa Savage for unauthorised content use in November last year has taken a serious turn.

Danny young made this legal action public on his Instagram handle with images of the suit issued to Tiwa just a day after she had announced the return of her video for ‘One’ on YouTube (here). 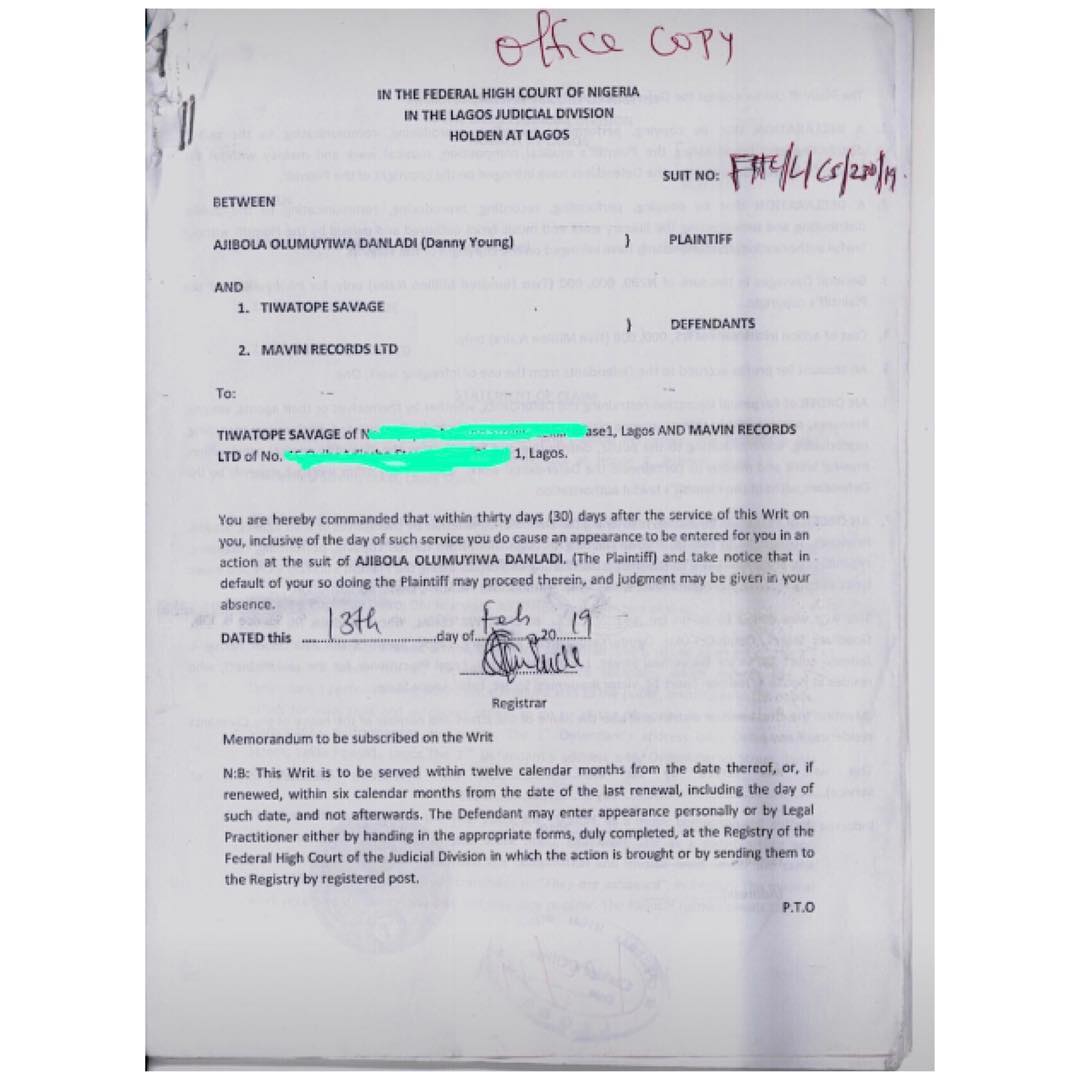 Apparently, Danny had entered a complaint to the video streaming website for lyrics theft which led to the suspension of the song in January.

The suit is against Tiwa and Mavins Records for unauthorised use of lyrical content in her song ‘One‘ from Danny’s 2009 single “Oju Tiwon”. The 200 million attached to the suit is claimed to be for damages.